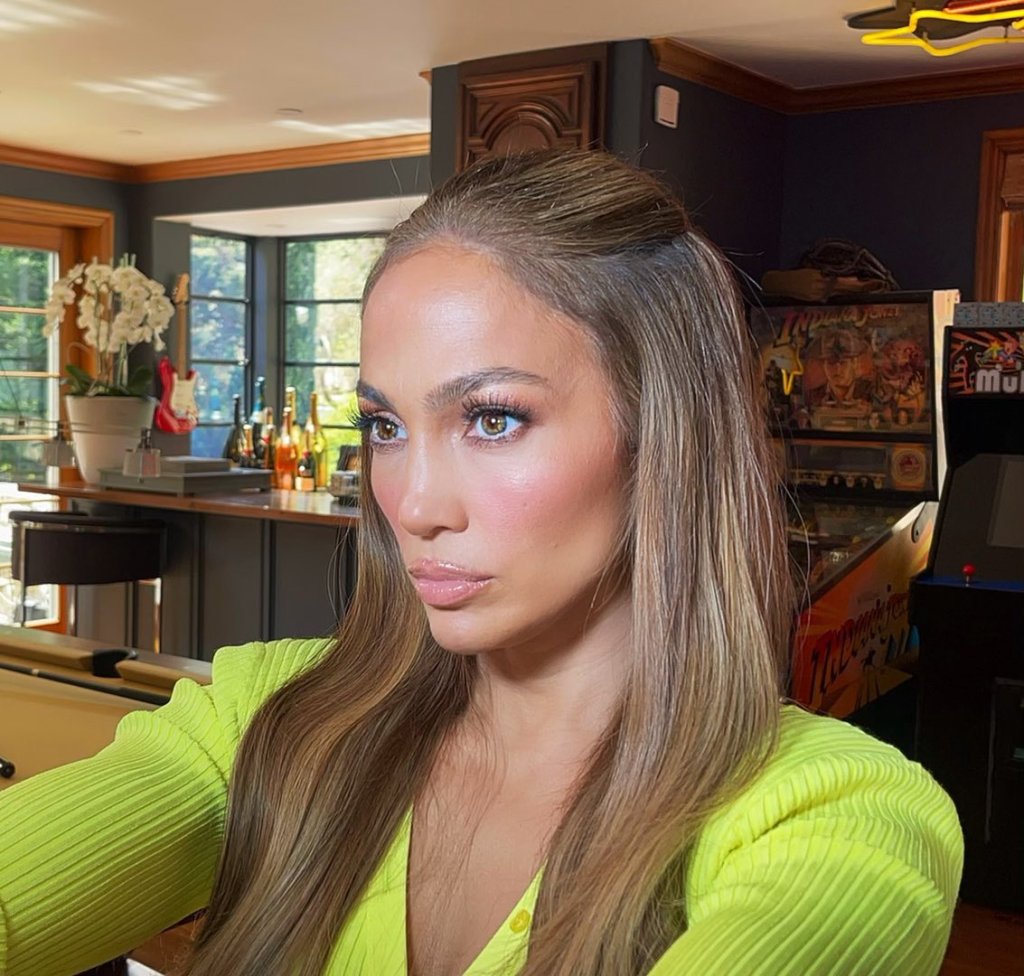 The 52 – year – old musician shared photos to promote the upcoming collaboration between her beauty Line, JLo Beauty and Sephora.

The ‘Let’s Get Loud‘ singer has previously shared her beauty routine and confirmed that she has never had injectables in her face or surgery.

‘I don’t judge anybody. If you want to do Botox and injectables, that’s fine! But I don’t want people lying on me and saying. ‘Oh, she’s trying to make believe that this stuff works’, Lopez told People magazine during an interview in January.

The pop stat was referencing her beauty line, JLo Beauty.

‘No, I’m telling you what I do that works! Plese don’t call me a liar. I don’t have to lie about things. I’ve been pretty honest about my whole life’.

Lopez does many things to take care of her skin, including using olive oil and SPF.

‘I don’t drink or smoke or have caffeine’, she told Us Weekly about her skincare in 2016. ‘That really wrecks your skin as you get older’.

The pop star has also revealed she maintains a strict exercise routine which she follows no matter where she is or if she’s working.